Archive for the ‘New Mexico’ Category 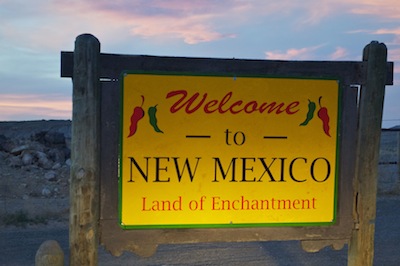 Reentering New Mexico after visiting the Four Corners Monument, I drove south to rejoin I-40, to take me further east. In the northwestern corner of New Mexico, the landscape is dominated by Shiprock – a 7000 foot elevation rock formation that towers over the surrounding landscape, and is visible for miles. (A nearby town is also named “Shiprock”.)

This was my fourth visit to New Mexico, but only the first where I had driven there all the way from California.

After rejoining I-40 at Gallup, I crossed the Continental Divide – the line that marks the boundary between watersheds that flow into the Pacific Ocean, and watersheds that flow into the Atlantic Ocean (perhaps via the Gulf of Mexico). This is one of the two symbolic boundaries between the West and East of the United States. The other is the Mississippi River, which I will cross later in this trip. 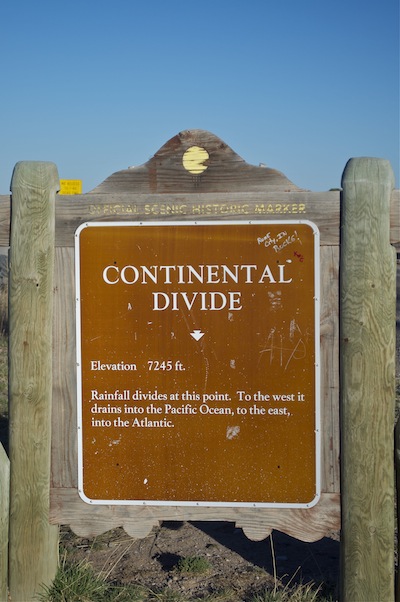 I then made a short detour to take a tour of the Acoma Pueblo – one of the oldest continuously-occupied settlements in North America (dating from 1150 AD or earlier). 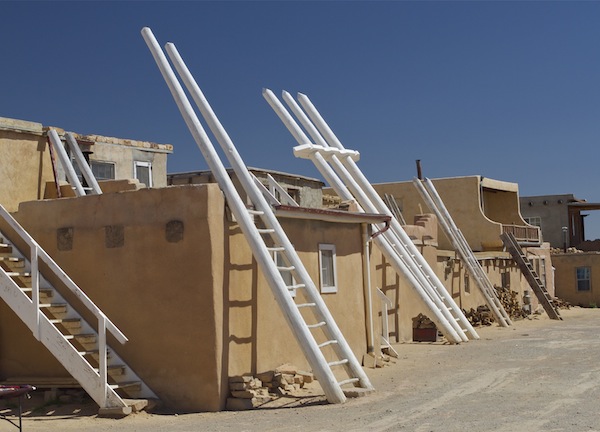 The Rocky Mountains end in central New Mexico, and I was able to avoid them on this part of the trip. (I will, however, pass through them on the return portion of the trip – probably in Montana.) After crossing the Sandia Mountains just east of Albuquerque, the countryside turns into very flat, dry grassland. 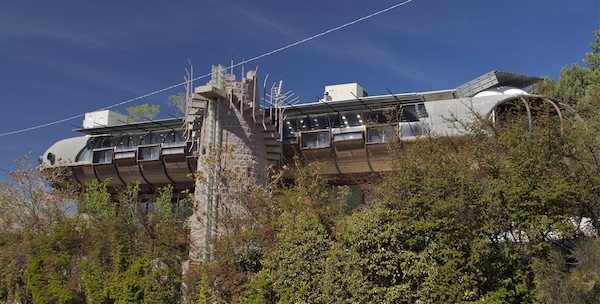 At Four Corners Monument, 4 states – Arizona, New Mexico, Colorado, and Utah – meet at a single point. Entering via New Mexico, I was able to walk around this point, and thereby visit Colorado and Utah very quickly. I have visited both of those beautiful states several times before, so I didn’t mind giving them short shift this time. (However, anyone touring the U.S. for the first time should definitely try to include Colorado and Utah in their itinerary.)