Archive for the ‘Connecticut’ Category

I’m now in the New England region of the U.S. This region consists of several small states (some of the original states of the U.S.) bunched together in a relatively small area, so over the next few days, I’ll be passing through several states quite quickly. This is my second visit to New England (in 1992, I visited Boston, Massachusetts, and small parts of New Hampshire and Maine). This part of the country has a lot of history, however, so it’ll definitely be worthy of another, more detailed visit sometime in the future.

While New Jersey (at its northern end) contains many of New York City’s poorest suburbs, Connecticut contains many of its wealthiest suburbs. While driving through Connecticut, I stopped briefly in New Haven, the site of Yale University (one of the country’s oldest and most prestigious universities). 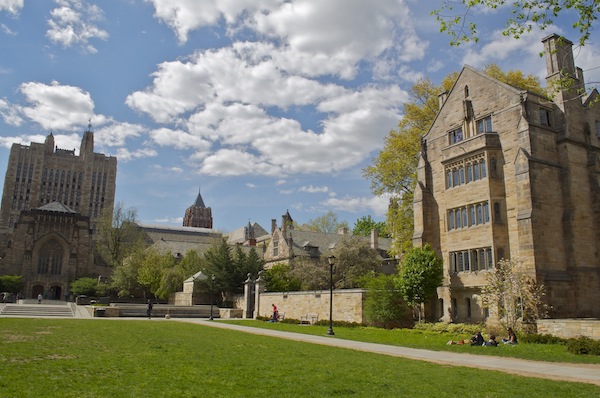