Archive for the ‘Oregon’ Category 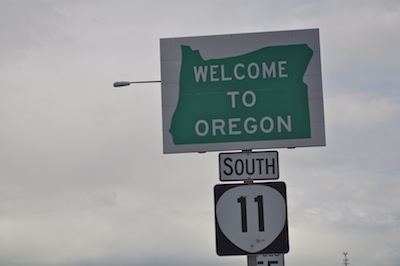 Most people’s impressions of Oregon are of the beautiful western half of the state: The Pacific Coast, the Willamette Valley, and the Cascade Range. The sparsely-populated eastern half of Oregon is much less well-known, yet is stunningly beautiful in its own right. Like the western half, it contains forests, mountains and farmland, but also a large region of desert, reminiscent of neighboring Nevada.

I passed through eastern Oregon using U.S. Route 395, which runs north-south from Pendleton to Lakeview.

Posted in Oregon | Comments Off on 48: Oregon